I recently used an application called RescueTime, which is a time analysis application that measures your productivity. With this service’s help, I discovered that emailing was the activity that I engaged in the most – averaging 13 hours per week.

RescueTime considers this productive but I don't. Although staying on top of your emails is important, it’s not generally profitable (at least not directly).

The Business of Handling Emails 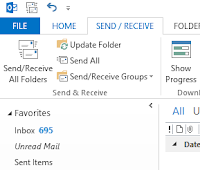 Because I get so many emails, I sometimes overlook an important one. Then sometimes I choose not to reply right away so that I can move on to other important activities.

The Coneybeer Email Management System, which I previously discussed in another blog, helps a lot. NZCS has also written a tool for one of our clients which I plan to use in the New Year. This tool sends you a text if you have more than 50 items in your inbox. As a bonus, it also sends texts a buddy to put some social pressure on you  to get on top of your emails.

While the above can help you manage your emails, you might wonder how you can help others who receive your emails. Here’s how:

My goal for the upcoming year is to reduce the amount of time I spend on emails; thus, freeing me to do more productive work.